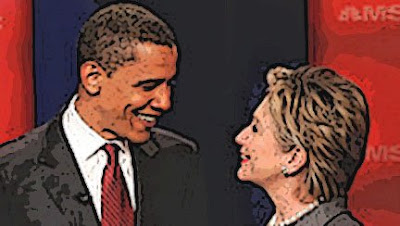 I am a former Hillary Clinton supporter.

I say "former" because Hillary has looked at the delegate numbers and has decided to support Barack Obama. However, I have no less regard for Hillary Clinton than I did back in March when I decided to vote and support her. In fact, my respect and regard has actually increased.

But in June 2008, Hillary did the right thing because we need change, and we need it fast. We need to elect a Democrat for the White House because Bush war policies and economics are not working! And John McCain, although an admirable man and great war hero, promises more of the same.

I admire Obama tremendously; he has run a hard and fair campaign, and as the new kid on the block, he has defied conventional wisdom. Back in 1992, I remember another new kid who rose through the political ranks to beat George H.W. Bush in November 1992: William Jefferson Clinton.

For those of you who feel that Barack Obama is too inexperienced to hold the highest office of the land, just remember that President Bill Clinton was also a bit green, so that argument doesn't hold much water.

Throughout the primary (even while rooting for Clinton), I observed Obama and his poise under fire. I kept thinking, "Doesn't this man ever stumble?" Yes, there were a few bumps, and the media were hard on both candidates, but even I could see that they seemed even harder on Obama.

While it might be easy to dismiss Obama as just another fine orator, he also offers the substance that our country sorely needs. Quite frankly, he and Hillary weren't all that apart. Both support:

So won't you join me and other Hillary Clinton supporters now to support Barack Obama?

In closing, I have one political regret in my life. Back in 1976, as a young Democrat, I campaigned hard for Henry "Scoop" Jackson; I was in charge of his campaign headquarters in my city, and I stumped hard for him. When he lost the Pennsylvania primary, I was so angry that my candidate lost that I refused to support Jimmy Carter. Fortunately, despite my lack of support, Jimmy Carter became President Carter.

Still, if I could go back in the wayback machine to November 1976, I would change my vote from Gerald Ford to James Earl Carter, Jr.