It looks as though the Obama team has started the hard work of getting the President-Elect's administration set up early and ready to roll on January 21, 2009 (Let the country party on the 20th).

Also, Obama's team has set up his new website:

Wow, how hip is that?

Some elitists in the domaining community (those who buy domain names to resell and/or set up mini-sites) are criticizing Barack Obama for not acquiring Change.com ("Dotcom is King"); however, this man has already pulled off the near-impossible, so I have no doubt that Change.gov will become THE hippest address on the web.

Remember: I said it here!

The special issue of Newsweek arrived in the mail, 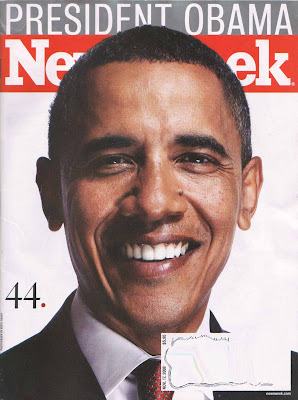 but finding the Time issue proved almost elusive. I finally found one copy at CVS for the regular price of $4.95, although if I wouldn't have found it, there's a copy for sale on eBay for $5,000.00 (Yeah, right). 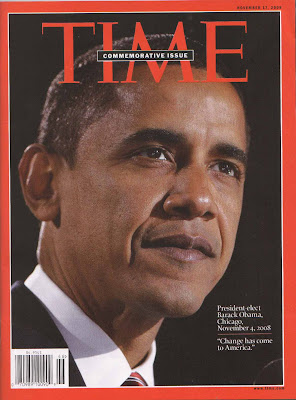 I look forward to receiving The New Yorker issue (if no one swipes it). I'm still reading the Newsweek coverage, about halfway through--wow, what in-depth coverage. Newsweek reporters, embedded for almost two years in all the campaigns (Obama, McCain, and Clinton), essentially were gagged until after the election; that is almost a permanent job.

Although I'm not a huge fan of People magazine, the cover looks smart, so I picked that up as well. Plenty of those copies left. 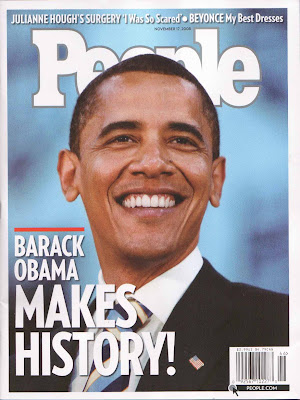 I'll skip the stuff about Beyonce (or whatever her name is these days). Anyway, I'm getting my Obama collectible fix (although these items will be more of a historical value than monetary since everyone is collecting this memorabilia).

In the Newsweek issue, some of the campaign dish is quite interesting, particularly in the McCain and Clinton camps (although the Obama team hasn't gotten off scott-free). I'm sure that the McCain camp enjoyed some high drama in that last two months of the Palin era.

I'll probably have more to say once I have finished savoring, uh, reading it.